Jerry Flannery’s Bar is one of those hidden gems. Located on Catherine Street, it has been trading here since the 1960's. 2018 Winner as Best Sport’s Pub! 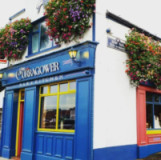 A wellknown landmark in the City, the Curragower is believed to be one of the city’s oldest bars with some historians citing its establishment as far back as the late 1700′s, originally serving as a sibin for local farmers and fisherman alike. The bar is named after the ‘Curragower Falls’, an impressive natural waterfall on the river Shannon. The falls owe their name to the early farmers who used the falls as a crossing point for their goats at low tide. Hence the gaelic words annexed ‘curragh’ and ‘gabhar’ ,which respectively mean ‘crossing’ and ‘goat’, and were later anglisized to form its contemporary form ; Curragower…. 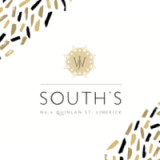 Souths Pub is run by the Hickey Family. Bespoke modern interiors and friendly surroundings make it an ideal location to socialise in a relaxed atmosphere.